Archive for the ‘ Miscellaneous ’ Category 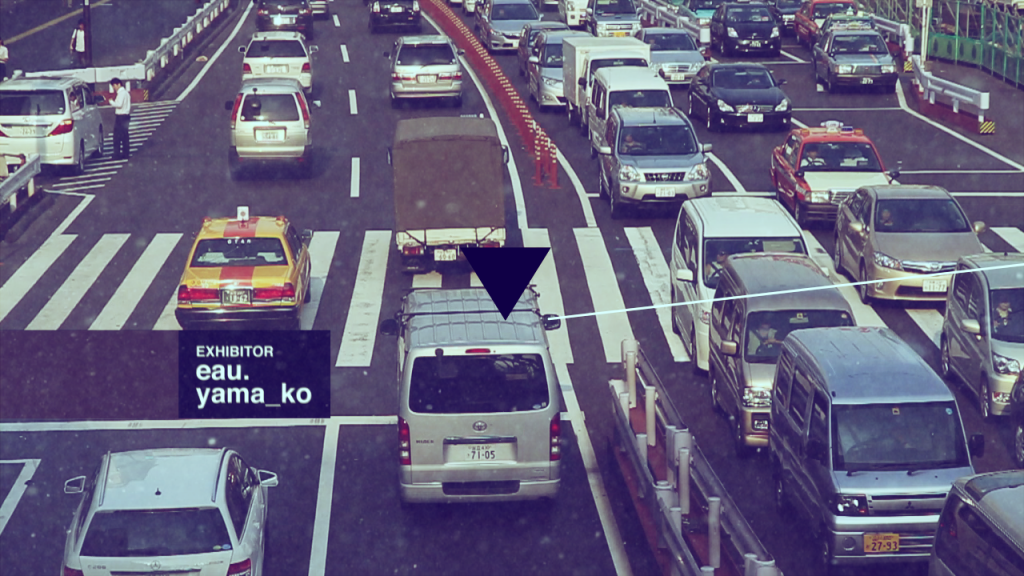 Due to my complicated schedule, I had to create this in 2 days! And I made it.

END_OF_DOCUMENT_TOKEN_TO_BE_REPLACED

Originally, I’m slightly envious of AENY(User meeting in New York) but there’s not the such users-led meeting in Japan. So I want to make user meeting like that.

The event is for Japanese users but I hope that more people know such user-led user meeting held in Japan.

How to live broadcasting with Canon EOS DSLR camera series?

Like some compact digital cameras which can behave as webcam or some video cameras which support capturing video with IEEE1394(FireWire), EOS cameras cannot support these functions.

So I use EOS Utility software and its Remote Live View function. 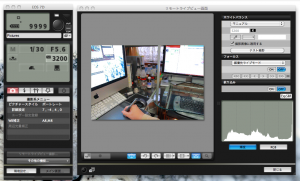 Once run the Remote Live View, it display captured image from the camera.
Turn off the indicator of AF zone information.  And switch Focus mode to Face detection Live mode.

If you shoot a human face mainly, the Face Detection mode would not good because it will display some boxes at face. In such case, other mode would be good but there will be box for its focus area.

Also you can set Exposure, White Balance and Picture Styles. 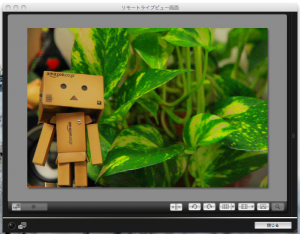 And finally, capture the window with Ustream Producer! It support both Windows and Mac. 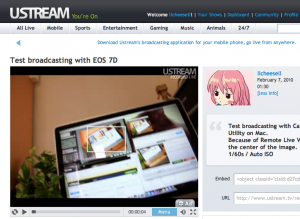 FYI, EOS Utility support these cameras. So if you have these cameras you can broadcast by the method previously described.

7D is totally awesome camera. It has a 18M pixel APS-C sized sensor and its image quality is fine.
Soon after using this, I thought I made a great buy.

And also video recording is really good. 7D is able to record 1080p video in 30fps or 24fps, and 720p in 60fps with DSLR quality. It is rock!
At 2010 New Year’s Day I went to Takahata Fudo Temple (Tokyo) and shot some footages. It was the early hours of the morning and still dark, but captured images are beautiful with food stall’s lightings.

I uploaded a video which is combined that 7D footages with music.

I am is Tatsuro Ogata, a.k.a. llcheesell, a freelance motion / visual designer working in Japan.
I’ve just created a new blog for English community.